On the 75th Anniversary of D-Day, hundreds of cyclists band together to conquer the Big Battlefield Bike Ride 2019, visiting history’s most iconic battle sites across Northern France.

Cargostore have sponsored 3 cyclists with jerseys in our signature blue and yellow to aid them in their bid to raise money for Help For Heroes. 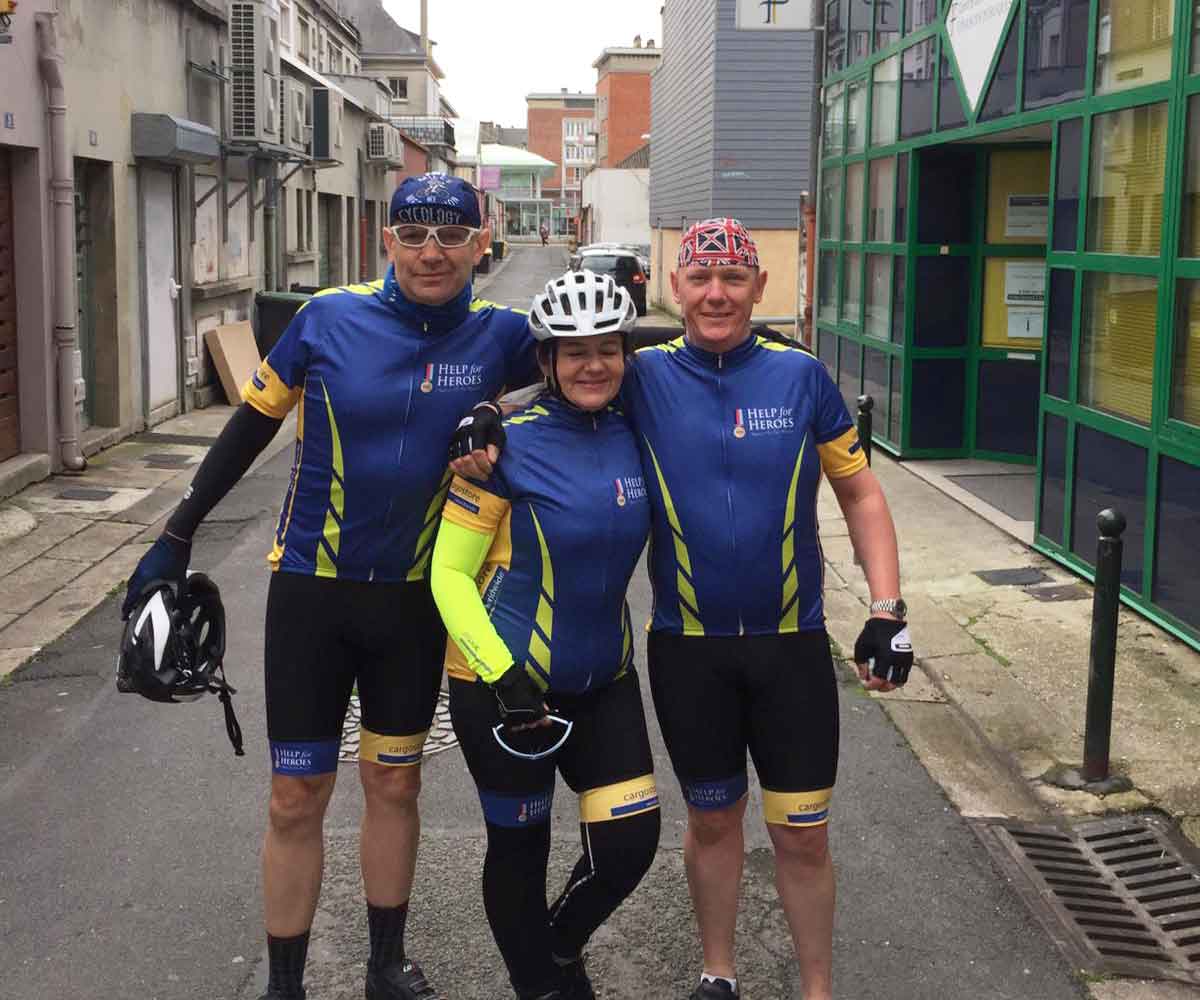 The cyclists we sponsored for the Big Battlefield Bike Ride 2019 (pictured) from left to right are Paul Smith Allen, Jules Adcock and John Burns.

John Burns had these words to say:

“The reason I do this is because as a veteran myself, I feel fortunate to have completed my service without many problems. I want to give something back to the military family, and to help the guys and girls who have given so much.”

Over the course of the bike ride, John has been updating us with pictures, news, and stories from the places they visited, as they cycle through the historical landmarks of Northern France. 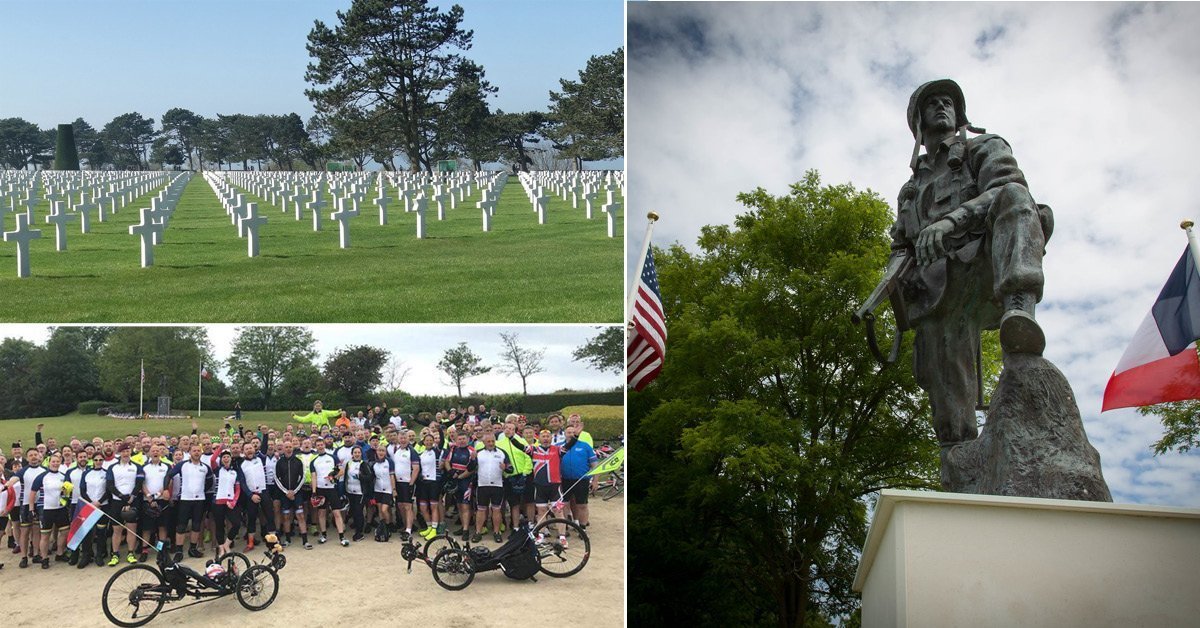 The cyclists prepare to set off at Sainte-Mere-Eglise under the watchful eye of the Iron Mike Memorial.

After starting at the memorial to Iron Mike, the courageous Lieutenant General commanding 82nd Airborne division, we cycled through Sainte-Mere-Eglise to Utah beach.

After a historical talk by our battlefield guides it was on to Douvre bridge, and Carentan. The afternoon saw us at Omaha beach and then on to the American cemetery, Colleville-sur-Mer where we had our first wreath laying ceremony of the week, avidly watched by many visiting Americans.

Then it was on to Port-en-Bessin-Huppain which after heavy fighting was the terminal for PLUTO (Pipe Line Under The Ocean) which provided fuel to the advancing allied armies, before finishing in Bayeaux for a well-deserved rest

Day 2 starts with a ceremony at Bayeux cemetery, then to the German gun emplacements at Longues-sur-Mer. We learned about the battle between these guns and HMS Ajax, with the latter the victor, saving countless lives on the British and Canadian beaches Gold, Juno and Sword. 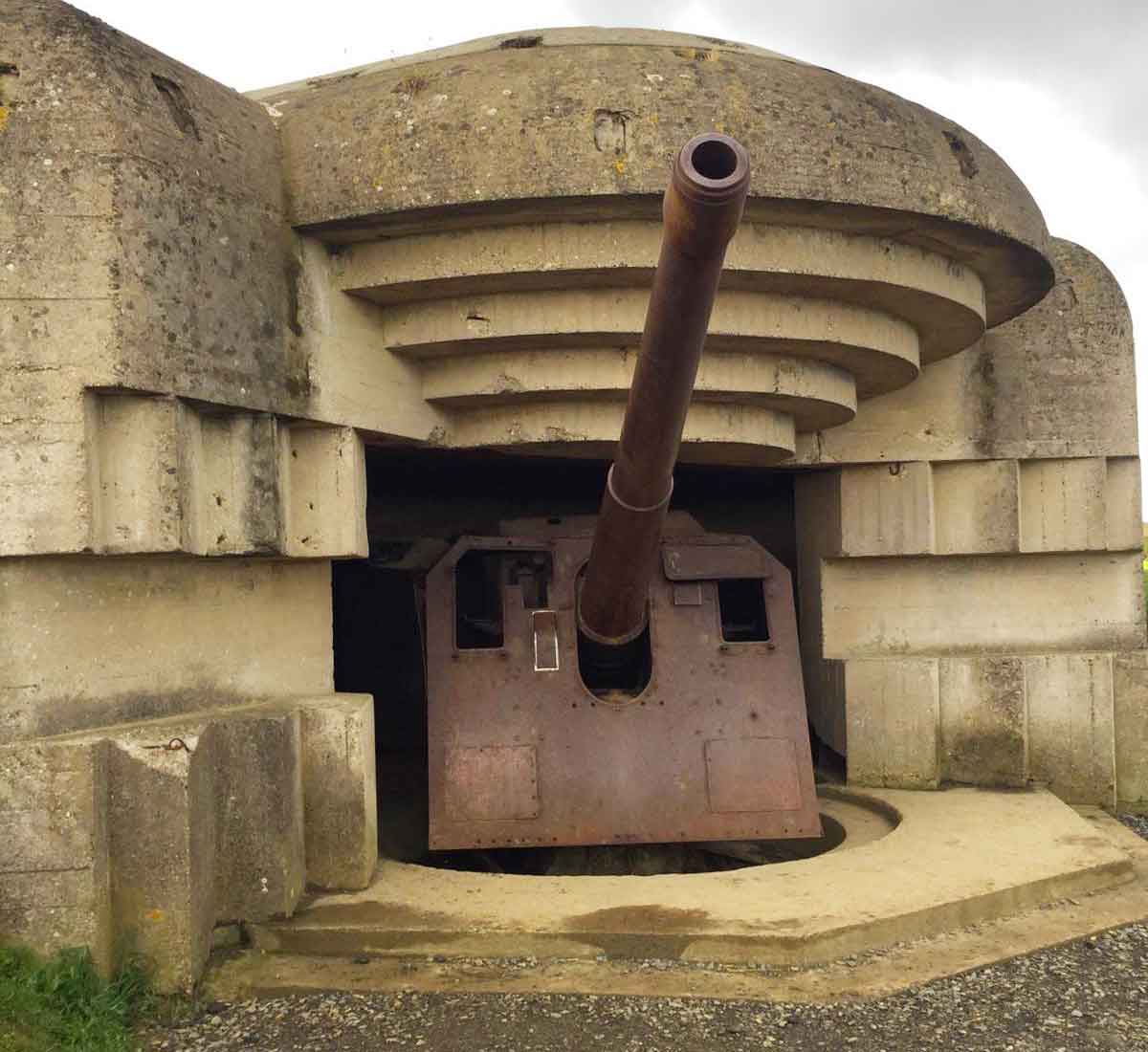 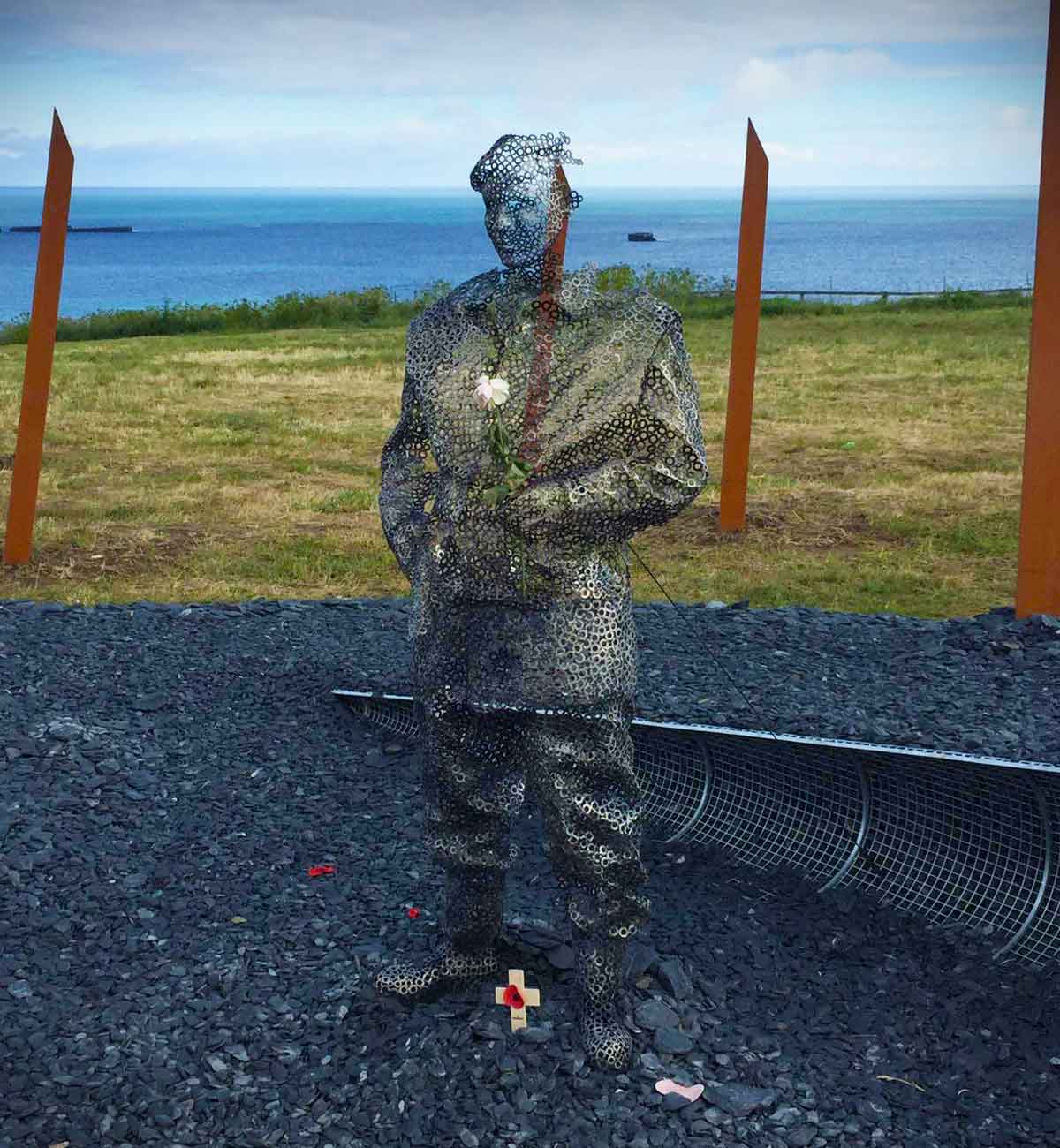 A memorial statue at the ‘D-Day 75 Garden’ in Arromanches.

A steep climb later and we arrive at Arromanches, the site of the concrete ‘Mulberry harbours’ which allowed the allies to bring all the heavy equipment ashore before seizing the port of Cherbourg.

12 miles later and we are at Sword beach where we are introduced to the Royal Engineers Armoured Vehicle, more commonly known as a ‘Hobart’s funny’. After lunch, it’s on to site Hillman, a German artillery and machine gun site which is credited with slowing the British advance into Caen. A total of 78 miles today, altogether a fantastic day.

Day 3, early start with a memorial walk across Pegasus Bridge, which was part of the airborne operation in the early hours of D Day. A short ride later and we find ourselves at Ranville cemetery where Lt Den Brotheridge, the first allied soldier killed in action on Pegasus bridge is buried.

Next was the Merville Battery Museum, which commemorates an operation to destroy a German artillery battery by the 9th Battalion Parachute Regiment. They planned to take 450 men, however complications led to only 150 men leading the operation, which despite numerous losses, was successful.

The afternoon saw us doing some pretty serious climbing, a total of just over 3000ft climbing during the last 20 miles of our 71 miles today. 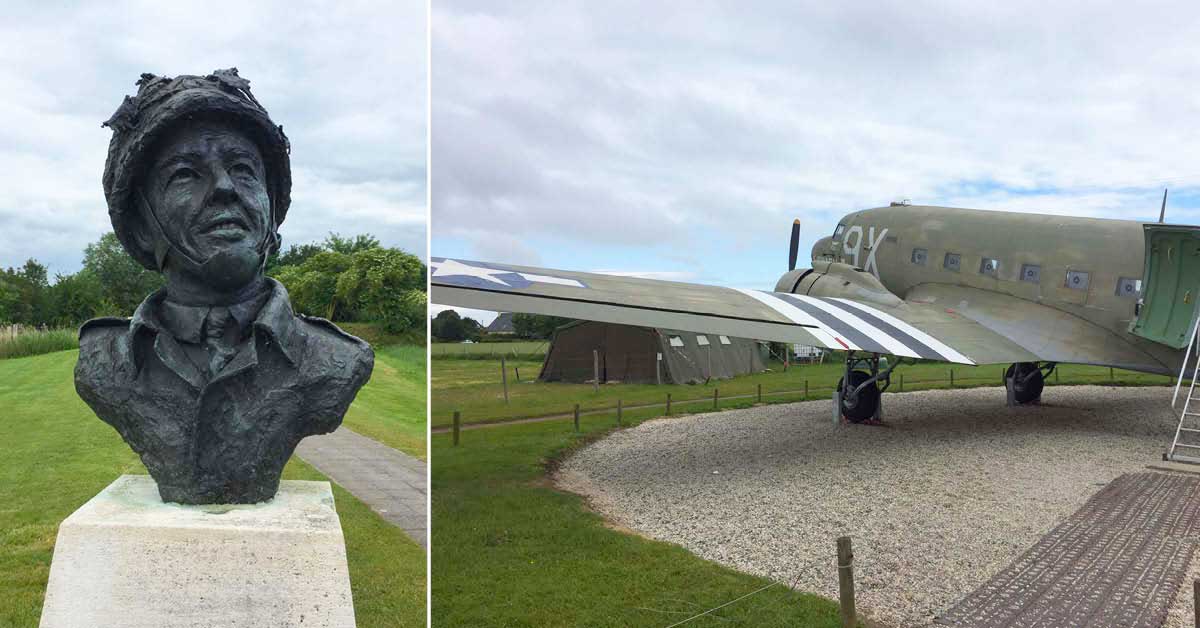 A memorial to Major John Howard, and a Douglas C-47 Skytrain, also known as ”The Snafu Special’. 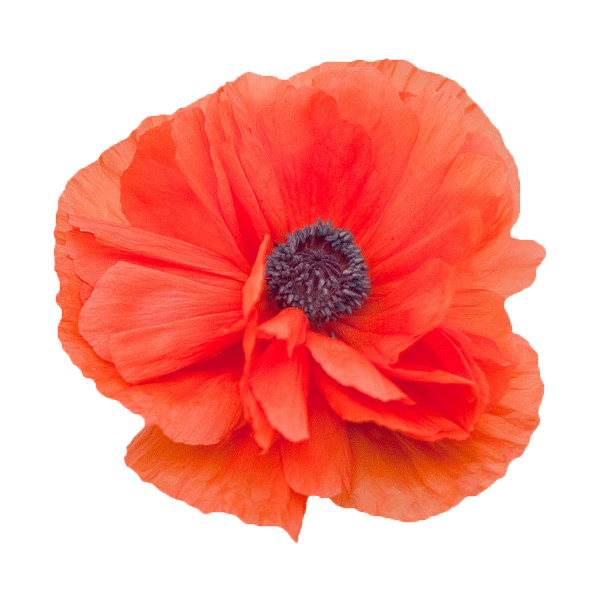 Day 4, unfortunately the weather has turned against us, so we were unable to show off the Cargostore jerseys, but nevertheless we cycle on.

We visit Bernay airfield, the site of a Luftwaffe airfield in 1944. Next was Beaumont-le-Roger which was the target of an RAF raid on a factory in which 60% of the planes and crew were lost, many are buried in the local cemetery. Back to the hotel after 67 miles to try and dry our kit ready for day 5, and the ride into Paris.

Day 5. A very early start today, as we have to reach Paris between 3-4 pm and ride down the Champs Elysees before rush hour. It’s a chilly start but the sun is soon shining as we cross the Seine at Vernon, the site of the first crossing of the Seine by the British Army. 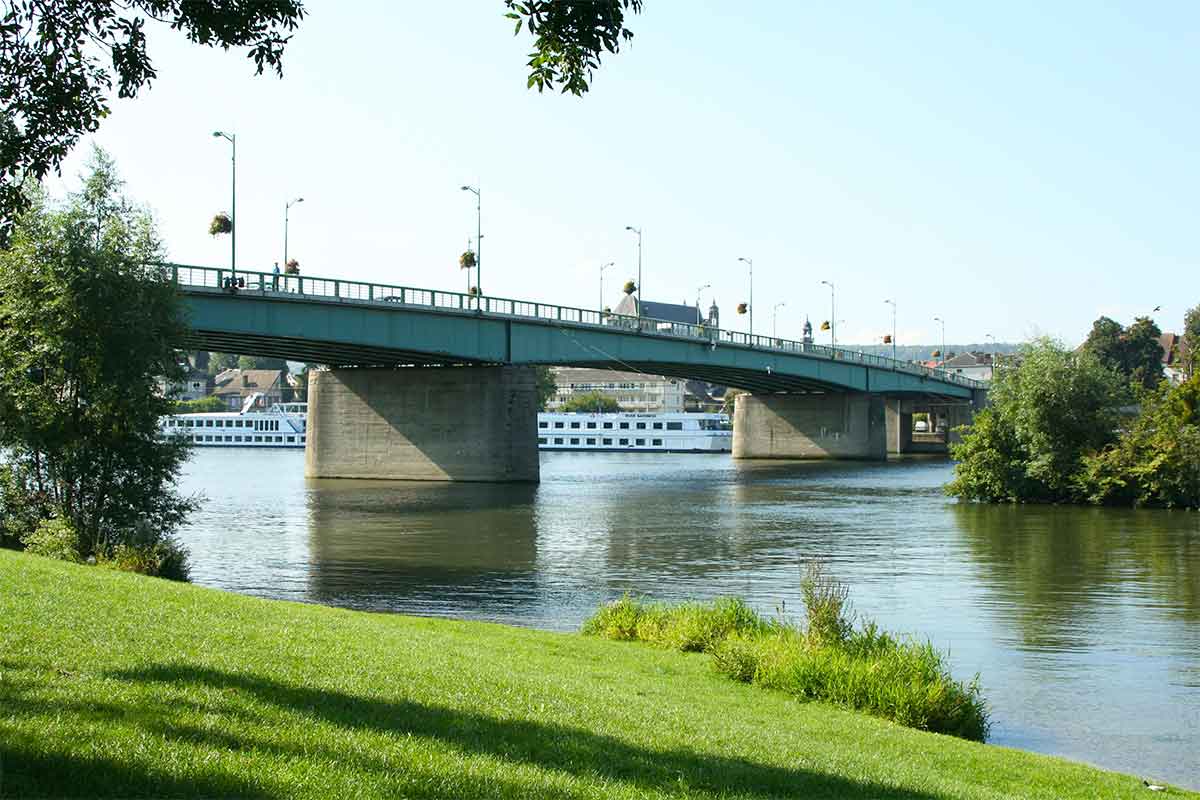 The Vernon ‘Pont sur la Seine’ or bridge over the Seine. 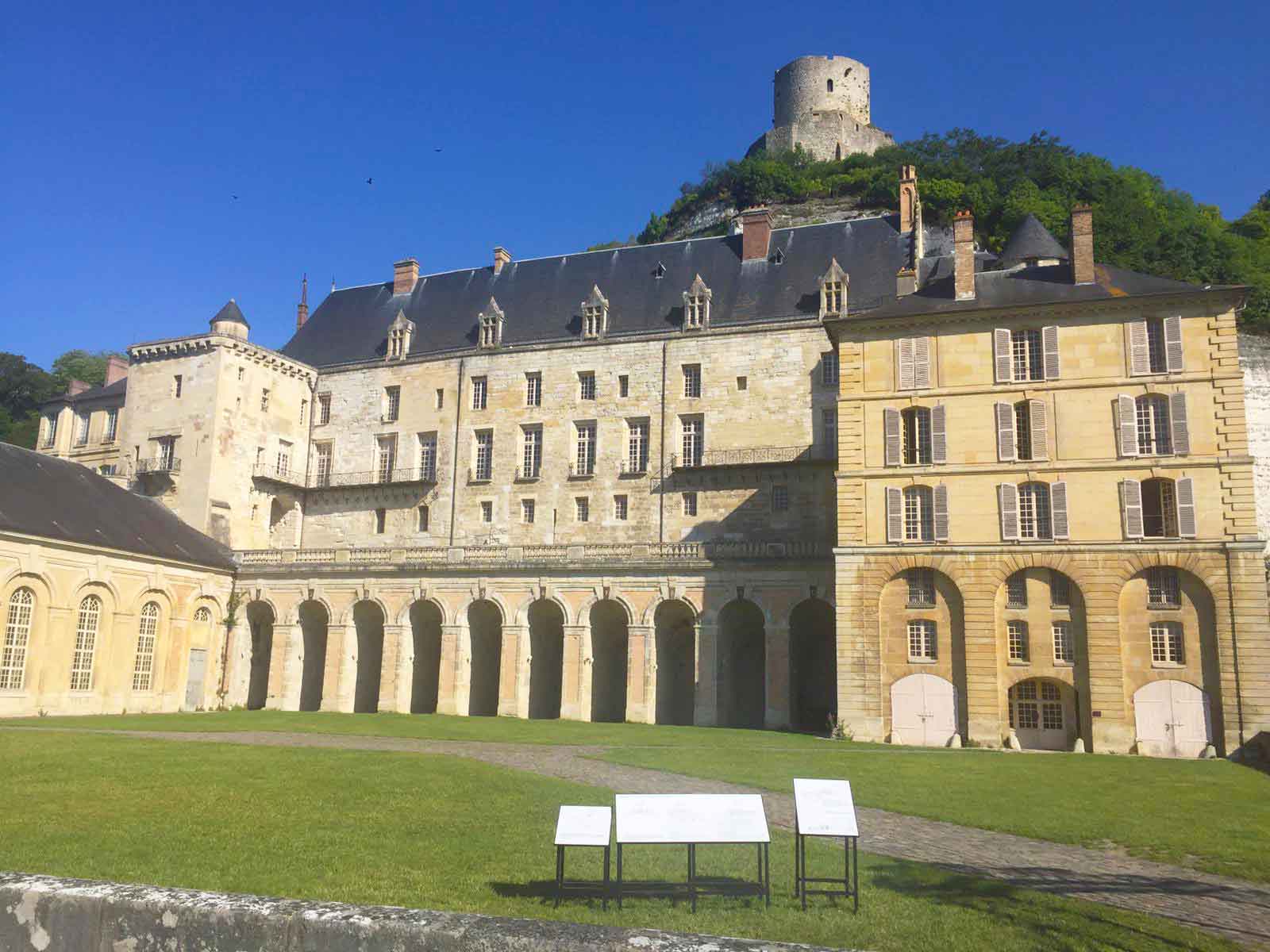 Cycling through some spectacular scenery we roughly follow the river, with some sloping climbs followed by fantastic downhills. Next we are at La Roche Guyon which was Rommels HQ in France. At lunch we are treated to an emotional talk by Steve, a Royal Engineers veteran and H4H beneficiary, who tells us his story, there isn’t a dry eye in the house.

65 miles in and we pause at Caverne de la cascade to regroup into the peloton and cycle into Paris.

Cycling down the Champs Elysees is something none of us will forget, lots of car horns, cheering bystanders and police sirens as we round the Arc de Triomphe and ride down to Les Invalides, led by the band of brothers and the British Ambassador to France who has joined us for the last leg. 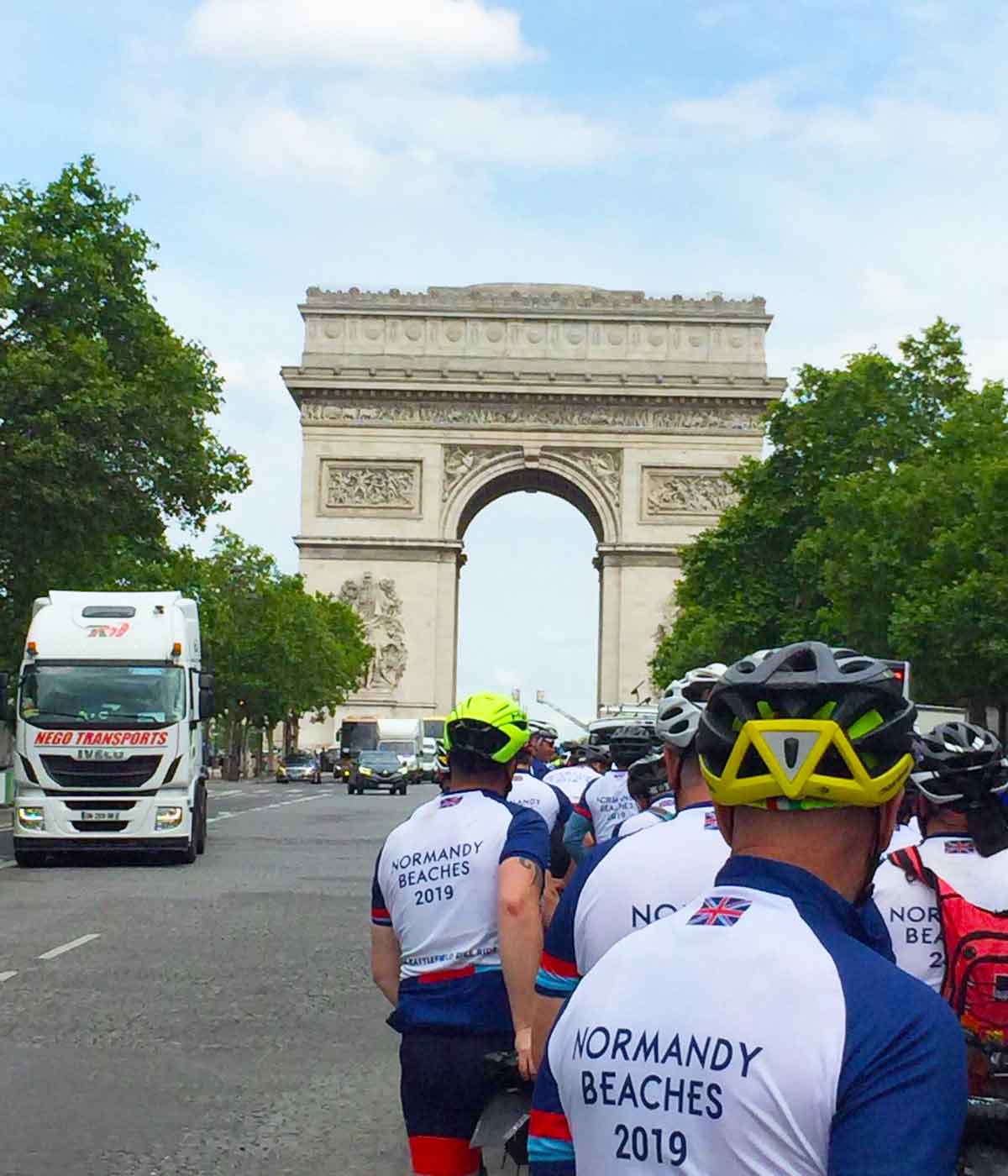 The cyclists approach the Arc de Triomphe nearing the end of their trip. 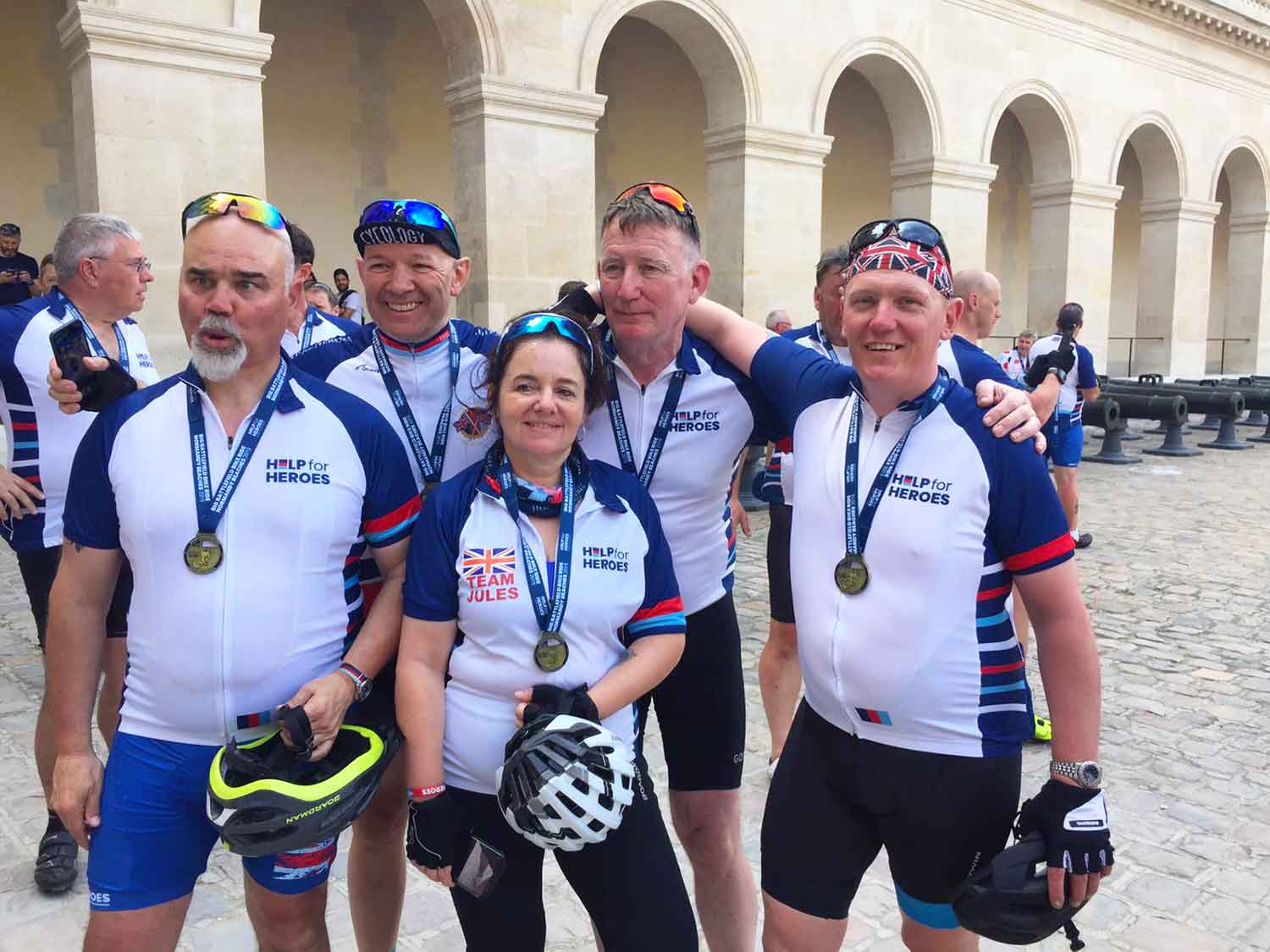 All done! 5 days, 350 miles, nearly 5000m climbing, an extremely moving and emotional week, we’ve all laughed and cried, and everyone can be rightly proud to have completed the Help for Heroes Big Battlefield Bike Ride 2019.

Help for Heroes is a British charity formed in 2007 who support British servicemen and women who have been injured in the line of duty. To find out more about what they do or to donate, visit their website below. 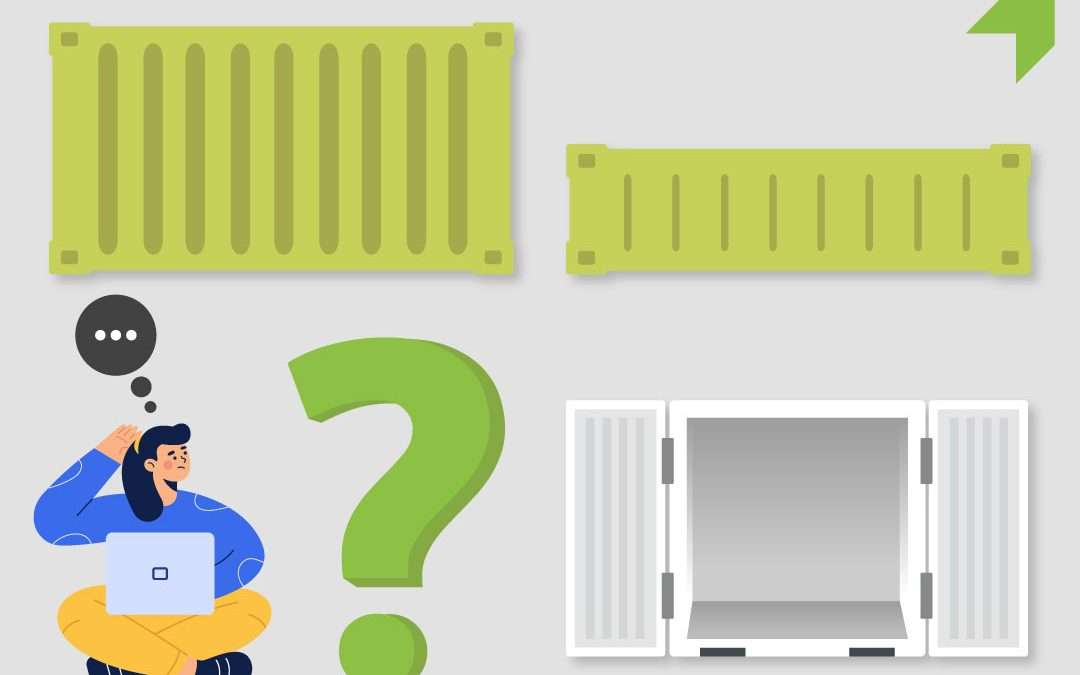 How Many Types Of Containers Are There?

Discover just how many types and sizes of shipping containers there are in the world. Hint – it’s not just limited to your standard 20ft container! 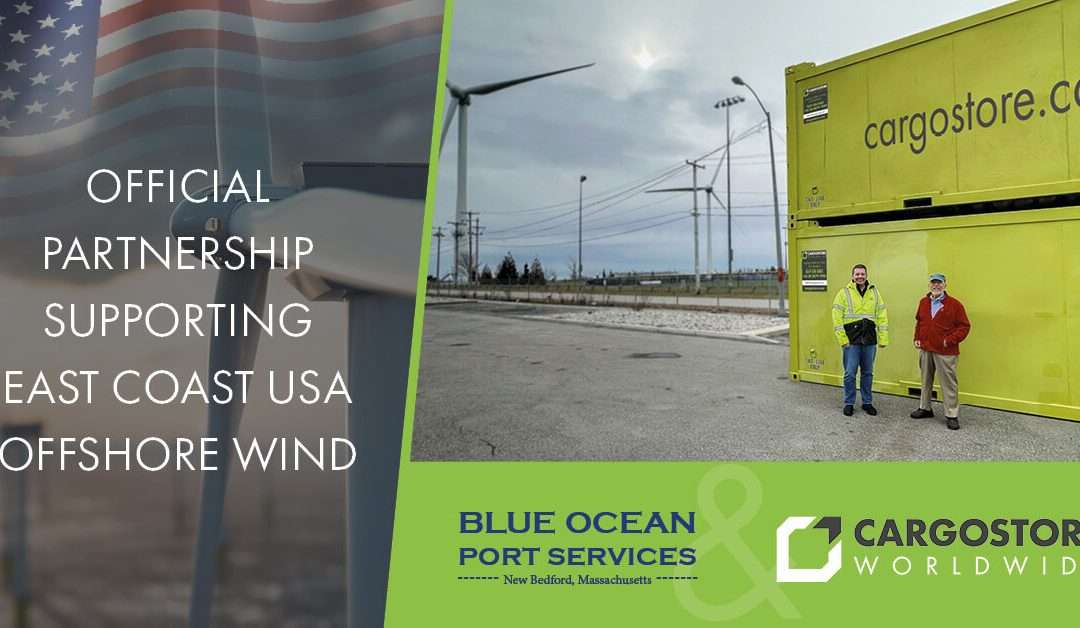 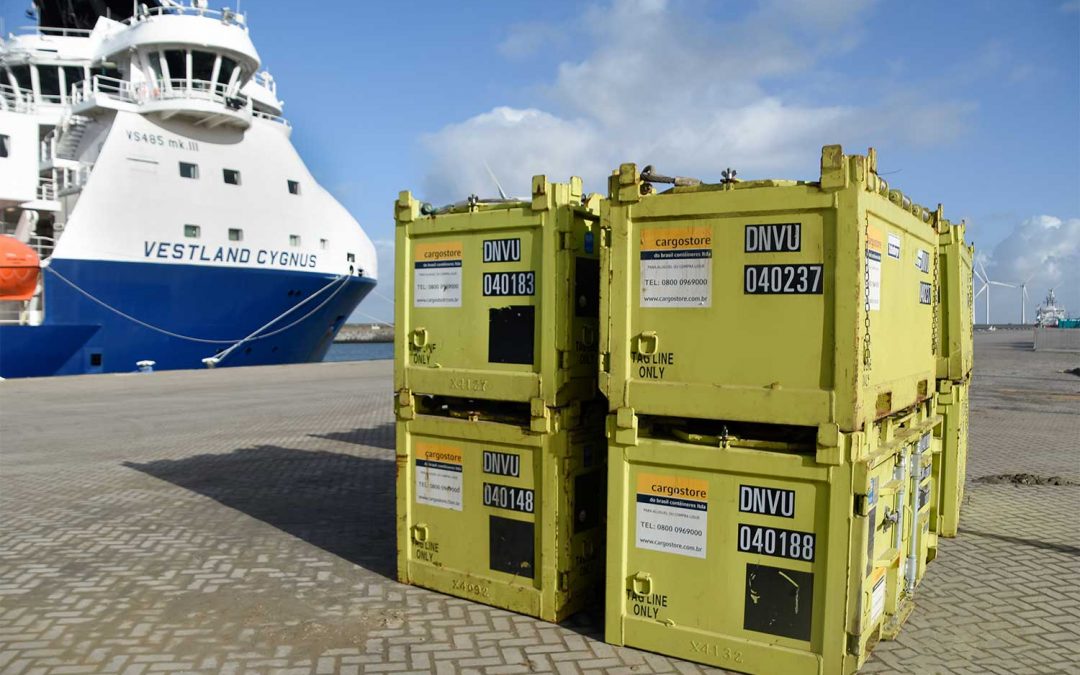