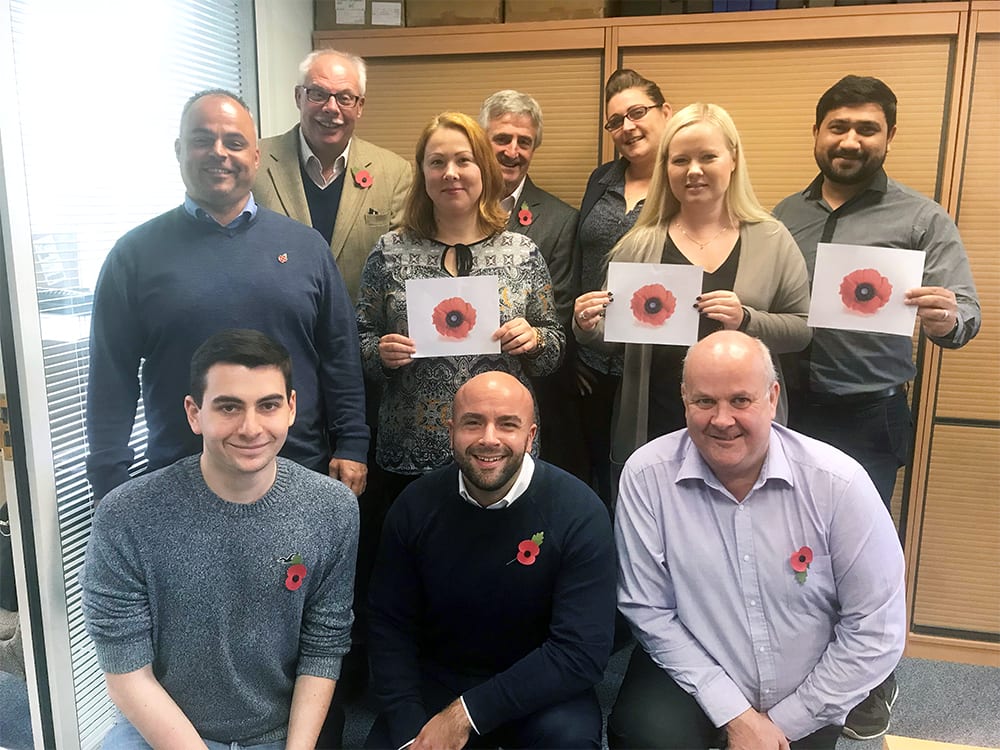 Cargostore gathered together to commemorate Remembrance Day 2017. A time to reflect on the sacrifice our fallen soldiers of WWI, WWII and the 12,000 Brits who have died in combat since 1945 have made so that we can enjoy the freedom we have today.

Staff purchased poppy pins to show support. Poppies are a symbol of Remembrance Day because they are the flowers which grew on the battlefields after the first World War ended.

Run by the Royal British Legion, proceeds from the annual poppy appeal are given to the service women and men who are still alive and whose lives have been changed by war.